You may know that because of its ease of coping with he world’s climate from cool to moderate to warm and hot and the different types of soil, Chardonnay regions now have spread all over the world, from the USA, to Chile to New Zealand. Here are the main regions of best Chardonnay wine producers. 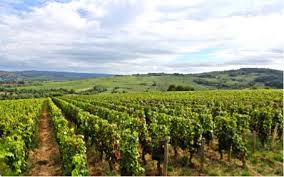 France is historically the first producer of wines using the Chardonnay  grapes. Some of France’s best white wines are  made from the finest and  most used types of Chardonnay grapes in Chablis/Burgundy. Located in    mid east  France in the  Dijon area you will find that Chablis, Meursault and  Montrachet are among the best.

The Chardonnay made in the Chablis region is one of the “purest” expression of the varietal character of the grape due  to the simplistic style of wine making favoured in this region. Chablis winemakers want to emphasize the are with the  calcareous soil and cooler climate that help maintain high acidity. Also see my detailed description of French Chardonnay areas here. 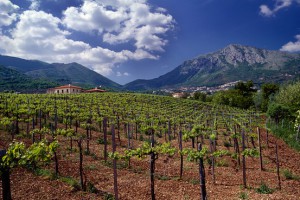 Although Chardonnay does not play a big part in the Italian wine industry, I think it is still worth mentioning this very important wine country. Italian wine dates back to the sixth century BC: not for nothing the ancient Greeks called the country already Oinotaria either Wineland. Viticulture takes place in almost the entire country, which is unique in that many of its own grape varieties have been preserved and are still used. Partly because Italian wine has its own character, but more so each region has to offer its own flavour. In Italy “international” grape varieties are rarely seen as “the highest” but as a welcome addition to their own rich offerings. There is indeed solo bottling of Chardonnay and Sauvignon Blanc present (in the northern Süd Tirol, for example), but mostly they are blends.

I have made a detailed description of Italian wine areas here.

I did not want to leave out a wine country like Spain, well known for the Rioja, here, although it is not famous for it’s Chardonnays. Some have been planted though in the region above Barcelona.

Spain is one of the oldest and largest wine producing countries. But unlike eg. France and Italy most Spanish wines (with the exception of the Rioja) are a well-kept secret for the rest of Europe and the world. It is especially after the admission to the European Community (and the associated investments in know-how and technology) that Spanish wines from regions such as Ribera del Duero, Navarra, Priorat, Toro and Valencia found their way to European consumers. From the 80 Spanish winemakers began to use the full potential of their (often old) vines for the production of balanced and varied wines that are better adapted to our palate. Since then, we have an impressive and wide variety of wines from Spain where tradition (experience, old vines) go hand in hand with modern technology. The installations in Spain are among the most modern in Europe because they are often quite recently.

Chardonnay has meanwhile become the most popular white wine in the U.S. There are now more than a thousand different bottlings produced every vintage. This is the biggest variety in any country in the world, so I would say that here a big challenge to taste lies ahead. 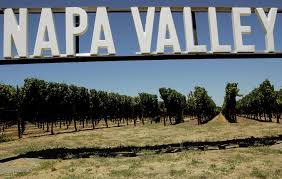 From Massachusetts to Arizona, and between, Chardonnay has taken root in the U.S .It ranges from light-bodied, delicate, and crisp to full-bodied, rich, and oaky. Bottlings from cooler appellations such as Oregon, Washington, New York, and Monterey in California will tend to have brighter acidity and lighter flavours. Maybe some of the best wines are those from most of the rest of California (including the glamour appellations of Napa and Sonoma) and other warmer climates that tend to produce richer flavours and heartier styles.

I have a separate description of California wine areas here and of the rest of the USA here.

The topography of the country, squeezed between the Pacific Ocean and the Andes Mountains, captures the beneficial influences of ocean air currents and mountain altitudes. The wine regions span the traditional regions of Colchagua south of the capital, Santiago, to Aconcagua to its north.

But in the past two decades, Chile’s winemakers have been exploring the edges of their geography. 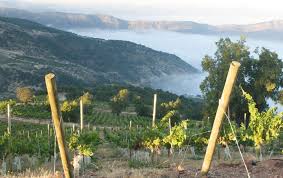 About 300 miles north of Santiago, the Limari Valley is said to  become  one of the world’s best regions for  Chardonnay. Limari Valley  Chardonnay features great acidity and mineral quality, combining an Old  World earthiness  with New World fruit — literally the best of both worlds.

I will certainly attempt to try and taste some wine from this region and will then review it for you. See a more detailed description of Chilean wine areas here.

Argentina competes with the United States for fourth wine producer in the world. The country produces five times as much wine as Chile. There is about 210,000 hectares of vineyard. The emphasis has always been on the production 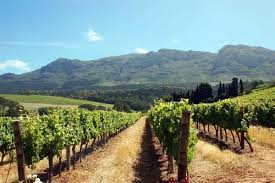 of bulk wine. Of the approximately 15 million hectolitres of wine  only slightly more than 30 percent is considered as “quality wine”. That is, wines that have a chance in the export market. However, this situation is changing rapidly, because Argentina has begun an impressive catch. Moreover, French and other foreign wineries invest heavily in vineyards and installations. As a result, exports increased eightfold between 1999 and 2003. The country is now in eleventh place of wine exporting countries.

In modern vineyards the Argentine winemaker especially now uses quality varieties, such as Chardonnay. It is expected that in the future this will increase the significance of Argentina in the wine world . Read more. 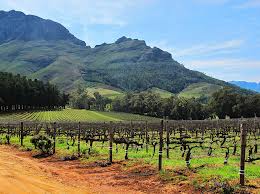 One of the newer varieties of South African white wines, established during the 1980’s and 90’s, is the Chardonnay. Only in the last two decades it has begun to gain ground in South Africa,but expanded rapidly.

In fact, nowadays it is one of South Africa’s best exports.Its wine is known for its distinctive flavour that, like all Chardonnays, can be enjoyed with a variety of meals. See more details about S-Africa as an emerging wine country here.

The beauty of Chardonnay grown in cooler climates throughout California, Chile, South Africa and those in 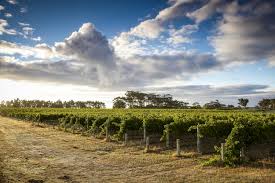 Australia,  including the Yarra Valley, Mornington Peninsula and Macedon,  became apparent. The best producers, include Yabby  Lake, Bindi, Penfolds  and De Bortoli. They embrace the philosophy of ‘less is more’ and craft  compelling dry white  wines from Chardonnay.

This means sensible levels of oak, a reliance on natural yeast for a funky  complexity, and the use of lees for texture and  detail. Thankfully, though,  comfortably priced wines including Jacob’s Creek Reserve, Madfish Gold Turtle and Robert  Oatley Signature Series Chardonnay have also been swept up by the contemporary move toward elegant styles. Look here for a more detailed description of Australia’s wine regions. 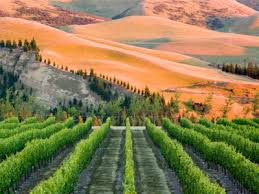 Chardonnay was New Zealand’s most widely planted grape variety from 1990 till 2002, right now it is second to Sauvignon Blanc only. The east coast of the North Island, in places like Hawke’s Bay and Wairarapa, have seen the most success with Chardonnay wine that has noticeable acidity and leanness. As better clonal varieties are discovered and planted, the overall quality of New Zealand Chardonnay has increased, particularly from places like Gisborne, Canterbury, Marlborough and Nelson.  While many New Zealand winemakers are still developing a characteristic style, the Chardonnay produced so far have emphasized the grape’s affinity for oak.

Did I miss an important region? Please let me know. Do you have experiences with wines from these regions? Please share with us. Any questions you have, please leave a comment and I will get back to you within 24 hours.