The USA is not only the largest wine market in the world, but wines produced in the USA wine regions also take a fairly important place. The wine production in the United States has increased significantly in recent decades. As to 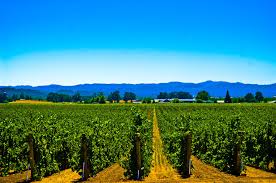 the surface for vineyards and their production the United States currently ranks fourth in the world. Americans drink about 3 million hectolitres of wine annually.

The US state of California is by far the most important wine region of North America. Ninety percent of all US wine comes from California. I have already dedicated a separate article on the importance of this region here. California is followed by the states of Washington and Oregon to the north of California and New York and Virginia on the East Coast and further down Texas. I will now further describe these USA wine regions.

Washington State and Oregon, respectively second and third after California and producers of wine of noble grape varieties, together form the Pacific Northwest. The wine here has less history than in California but the level of quality here is very good. Although they border each other, climatic differences between these two states are striking.

Washington State lies largely behind the high coastal mountains and has a dry desert climate, warm during the day but cold nights. Because it does not rain for months, producers direct the whole growth process and maturation by 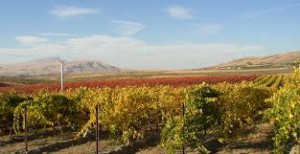 using accurate irrigation. Another major advantage is the absence of phylloxera disease and thus one can work with real rooted vines. The positive results are there to show. Chardonnay, Cabernet Sauvignon and a host of other “international” grapes thrive here. In fact, Washington produces stunningly good Chardonnays, with riveting fruit flavours ranging from apples, pears, peaches and apricots to full-blown tropical.

The Columbia Valley is a dominating force in Washington’s wine industry, producing a full 99% of the state’s grapes. With its vast production, the region is known for its variety of wines.

The Canoe Ridge vineyards, for example, are located on the right bank of the Columbia and produce excellent Merlot, Cabernet Sauvignon, and Chardonnay. 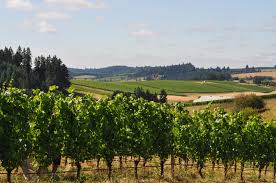 Although Oregon is mainly known for its Pinot Noir, nowadays, many Oregon wineries are crafting commendable Chardonnays.

New York State may be no Napa Valley, but it is the second largest wine producer by volume in the country. New York’s wines don’t enjoy the same international reputation as their West Coast counterparts — but consumer interest is on the rise. State wine production has doubled since 1985, thanks in large part to the vast diversity of growing conditions and grape varieties. It has three notable wine regions within its borders with the Finger Lakes, Long Island estates and Hudson Valley. New York Chardonnay is an elegant expression of the region’s cool climates and varied soils. 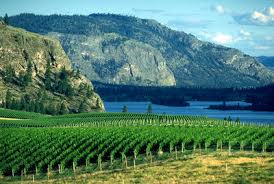 The Finger Lakes are home to 109 wineries. While Riesling made the Finger Lakes famous, area wineries offer a rich selection of Chardonnay, Pinot Noir, Cabernet Sauvignon.

The Long Island area is known for its Merlot and Sauvignon Blanc grapes, but some of the best Chardonnays come from this area.

With Cornell University’s world class oenology (the science and study of wine and wine-making) program on its turf, the Hudson Valley is a hotbed of experimentation, having 40 wineries along the shores of the river.

Travel and Leisure magazine’s Bruce Schoenfeld proclaimed Virginia one of five up-and-coming wine regions (along with areas of Chile, Italy, Spain and New Zealand) that “should be on the must-visit list of any adventurous wine traveler.” Virginians have made wine for more than four centuries. 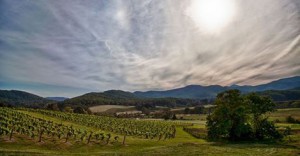 In Virginia Chardonnay is the most planted wine varietal, followed by Cabernet Franc, Merlot, Cabernet Sauvignon and Viognier. French-American hybrids and Native American grapes are about 20% of the total plantings.

Texas is a pretty big and has a serious wine industry and is one of the oldest wine growing states in the US. There are more than 200 wineries in Texas, producing around 4,100 tons of wine, making it the fourth-largest wine producing state in the nation, which puts them behind California, New York, and Washington respectively.

However, there is an image issue. Did you know that 95% of the Texas wines are consumed within the state? It is often said that to expand beyond the state borders, the industry must continue to participate in national and 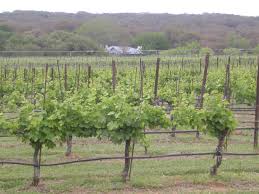 international wine competitions, gaining credibility one medal at a time.

Cabernet Sauvignon and Chardonnay have the highest number of plantings in this state.

Whatever aspect of wine you can mention, the USA plays a huge role. Whether you talk about red or white wines, planting areas, wine making, consuming, exporting and quality of wines, this country belongs to the top.

And which one is America’s number one selling wine? Guess what, it is the Chardonnay. Although most Chardonnays come from California, other states such as Washington, New York State and Oregon produce some excellent Chardonnay wines. Click the image on the right hand side under world best Chardonnays for delivery to the USA for a summary of my reviews and ratings. You can also go straight to some top rated Chardonnays by clicking Napa Valley or Sonoma County.

If you have any question or comments, leave them in the comment box and I will come back to you within 24 hours.