Australia might be the smallest continent but it is the sixth wine country in the world. The country is diverse with snow-capped 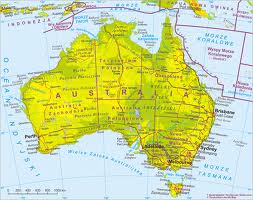 mountains, deserts, beaches and rainforests itself. This diversity results in the fact that only a small part of the country is suitable for wine production. The wine regions of Australia are concentrated in the narrow coastal stroke in the South. Some wine regions are actually on the coast and are suitable for Pinot Noir and Chardonnay. Other areas are more inland and are much more suitable for growing grapes such as Shiraz. Two well-known wine regions with the names Adelaide Hills and Barossa Valley clearly have these different characteristics. Adelaide Hills, which receives lots of rain, produces beautiful, elegant and structured wines from Riesling, Pinot Noir to Chardonnay. Barossa Valley which is located more inland produces full bodied red wines.

Find below a more detailed description of Australia wine regions.

Particular to Australia is that grape growing and wine making are pretty strongly separated. The wine making often takes place near the big cities.

Most Australian winegrowers and winemakers are not hampered by traditional views. They see growing grapes and making wine as a technological process that should be as responsible as possible. Most winemakers also have an academic education. They receive support from the Australian Wine Research Institute (AWRI), the main research for the wine industry. 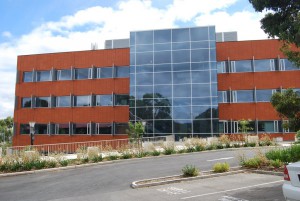 Australia is a vast country, as large as the continental United States (Alaska not included). The climatic conditions in Australia are very varied: they can range from dry and hot in the north to temperate and cool in the south.

Because Australia is the driest continent on earth, viticulture would be impossible without good water management. Drip irrigation is therefore often used: water will be led drip wise to the vines by computer. In addition, the grapes are already checked in the vineyard, so that the winemakers know what’s going to come in.The success of Australian wines is not only based on the skill of the winemakers, but also the in-depth knowledge of the wine making process.

Grape varieties and wines from Australia

Nowadays the Shiraz is the main grape of Australia: about a quarter of all Australian grapes belong to the Shiraz grape. The Cabernet Sauvignon has 19 percent of the grape planting and is the second of the country. Then the Chardonnay comes in as good third with 14 percent.

Most of the grapes are used for the production of still wines, but in addition the winemakers produce fortified wines. That is a remnant of the domination by the British, who drank much port and sherry-like wines. 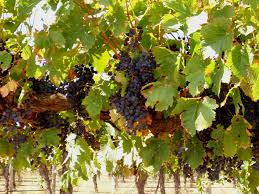 The famous Barossa wine region takes its name from a large naval battle in Cádiz, Spain. Under the reign of the British Colonel Light wine growers settled in the arid valley to plant the first Shiraz. When modern winemakers such as Penfolds and Jacob’s Creek carefully thought about quality wine, they initially preferred the fashionable Cabernet Sauvignon, not the Shiraz. Yet Shiraz and Chardonnay proved to be the most suitable grape variety for the soil of this wine region. Some plants are from the time of Light and guarantee an unparalleled rich and intensely spicy flavour. See my more detailed description of this famous wine region here.

Few wine regions of the New World arouse such mystical adoration. Cabernet Sauvignon and Shiraz are produced in this special wine region. Coonawarra owes its special status to a unique ‘terra rossa’ structure of red, friable soil and clean groundwater. Moreover, this wine region is cooler than that of e.g. the Bordeaux area – exceptionally cool to Australian standards! This makes all the wines from Coonawarra very characteristic, although Cabernet is the best match with the soil by far. The famous winery Wynns built its reputation with it, just like Lindemans and Penfolds, who produce some very fine Chardonnays.

Where Barossa Shiraz claims to be arguably the best in the world, Clare Valley specializes in white wine. The dry, toast-like Rieslings from this wine area offer easy counterbalance against those from Germany and Alsace.While Clare Valley is well-known for its world-class Riesling, it also produces flavoursome yet elegant Chardonnays. Clare Valley’s cool nights allow the grapes to ripen extra long, which gives a perfect Riesling acidity and structure. Still the red wines from the neighbouring Barossa attract more attention. This to the dismay of many small wine businesses in Clare Valley, which besides Riesling also produce high quality Shiraz and Cabernet Sauvignon with a unique style. Known brands as Kilikakoon and Petaluma became great with it!

North of Sydney, we find Hunter Valley, Australia’s oldest wine region. This is a convenient location, because many 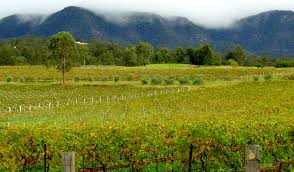 wine tourists from the metropolis annually visit the valley to see the old traditional vineyards. In reality Hunter only plays second fiddle in the Australian wine, except for the sparkling Semillon, a wine that Hunter even further perfected. Testifying to this are the excellent Chardonnay Semillon blends of e.g. Lindemans and Rosemount.

Another popular white is the Hunter Valley Chardonnay. Introduced to the region in the 1960s, the Chardonnay has become very popular and is now offered by most producers in this area. Each Chardonnay will differ slightly, with some offering a stronger oaky flavour than others, but most will favour a peaches and cream flavour common to the area. I have made a more detailed description of this region here.

For now Barossa is the most popular wine region of Australia, but McLaren Vale region is harbouring enough potential to change this in the near future. Thanks to a pleasant Mediterranean climate with warm summers and rainy but mild winters, the grapes enjoy a long growing season. On the coast, cool ocean breezes create ideal conditions for Riesling and even Sauvignon Blanc that surprise with intense fruitiness.

The Chardonnay, which is the major white variety, is harvested in mid March. The most pronounced and distinctive feature is ripe peaches, with the wine from cooler sites displaying white peach. These wines maintain elegance and generally have long cellaring potential. Some McLaren Vale Chardonnay also features ripe melon, banana, fig and cashew nut flavours – rich and generous with pure elegance.

Meanwhile the mocha-Shiraz wines from McLaren Vale and Langhorne Creek rival the best red wines of the Barossa. Merlot also should not go unmentioned. See my more detailed description of this wine area here.

Critics accuse the Australian wine country sometimes of a little diverse climate. This is nonsense of the highest order

which is already completely refuted in Adelaide Hills. This hilly wine region has many different micro climates that Australians call  ‘little Europe’. On the many hills and valleys of Adelaide grow many different types of grapes that winemakers such as Step Rd.  and Penfolds Wines process into both red and white wine. Sauvignon Blanc and Chardonnay are particularly well suited to the cool conditions of the region and produce some of Australia’s finest examples. You can see my review on some excellent Chardonnays from this area here.

On the south western coast lies the Margaret River wine region. Beautiful rock formations rise from the sea, heavenly adorned with woods and beaches. The wines from Margaret River reflect this beauty, especially the typical fully ripe Cabernet Sauvignon. With this type of grape pioneers Vasse Felix and Cullen put this area on the map, followed by, amongst others, Houghton and Leeuwin Estate. Cool summer winds from the Indian Ocean stretch the ripening season. This makes it possible to produce wines from Pinot Noir, Chardonnay and striking tropical blends of Semillon and Sauvignon Blanc. The Shiraz is distinguished by a slightly lighter flavour than those from Barossa. I have added a more detailed article on this area here. 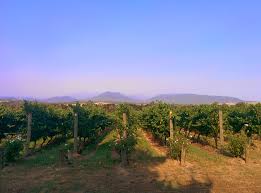 St. Huberts winery discovered in the ’60s how well the bottom of Yarra Valley lends itself to viticulture. Since then hundreds of small wineries settled on the maze of hills and valleys, searching  for the ultimate Australian Pinot Noir. The originally Italian family De Bortoli seems to have succeeded, as do all the wines of Yering, Hardy’s, Diamond Valley and Coldstream Hills. The white wine comes predominantly from Chardonnay, which yields beautifully balanced flavours in this wine region. Also, Cabernet Sauvignon and Shiraz are successful grape varieties for red wine from Yarra Valley.  I have reviewed some of its Chardonnays here.

This peninsula is only an hour’s drive from Melbourne, but looks completely different. In fact, it now even has an air that reminds you of the Mediterranean and there are a lot of vineyards . Many people visit the wineries, where more than 50 wine cellar doors quickly reveal why this area has such an enviable reputation for its Pinot Noir and Chardonnay (now closely followed by Shiraz, Pinot Gris, Pinot Grigio, Cabernet Sauvignon and Merlot).

If you have become further interested in Australian wines, then find here a list of reviews and ratings of top wines from this part of the world.

Feel free to chime in with a comment and if you have questions, please let me know and I will come back to you within 24 hours.