Margaret River, the best-known Western Australian wine region runs for about 90 km between Cape Naturaliste in the north and Cape Leeuwin to the south. On the east side it is bordered by a ridge that opens to rolling hills and on the west by the beautiful coastline on the Indian Ocean.

It is part of a band of wine regions that lie along the south west coast of the continent. The quality of the grapes grown in Western Australia is high; the area is not a big producer of wines, but in the quality aspect it is very important for the total wine production of the country. The areas of Western Australia provide less than 10 per cent of the total Australian wine, but produce around 20 percent of the quality wines.

The Margaret River wine region lies on the coast, about 200 kilometres south west of Perth. It is warm, but it has a maritime climate. Therefore it still has a long maturation season and this is seen as an area with a cool climate. This climate gives nice wines from Cabernet Sauvignon and Chardonnay, which can ripen properly. 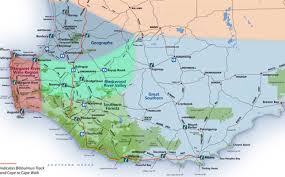 Margaret River’s first commercial vineyards were constructed in 1967. This was only after research showed that the area was suitable for wine production. In the mid 70s more vineyards followed and many of them are owned by doctors who combine their leisure time with an investment. Margaret River is home to a number of big names such as Vasse Felix and Cape Mentelle, their vineyards established in 1960 and 1970 respectively. Since the mid-1990s, many more wineries and wine producers came in. Since 1980 this area is recognized as a good wine area and there are currently about 5,500 hectares of vineyards owned by more than 150 wineries.

The area has ideal climatic conditions that are caused by the special location, high and close to the ocean. In the winter time it rains and the summer starts cool and then slowly warms up. When it gets warmer on land, the sea breeze will have a cooling impact. This cooling has a beneficial effect on the ripening of the grapes, which will in fact be longer.

The soil is composed of grey-brown sand with a fertile layer of clay.

Celebrated as one of the world’s most conducive areas for producing Chardonnay it’s here you will find wines of great intensity, length and character. 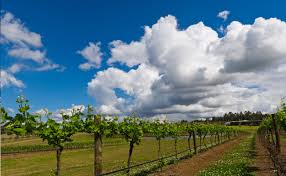 The Cabernet Sauvignon gives pretty subtle, fruity and elegant wines. The Pinot Noir here is an important grape, but gives varying results. The wines made from Zinfandel are surprisingly good, deep and complex.

An appreciation for the pristine environment and a more healthy way of living has also led to an increase in the production of preservative free wine along with organic and bio dynamic farming practices and wine making.

It has been a mere 45 years since the first vines were planted, but near perfect growing conditions have enabled Margaret River to quickly become recognised as one of the world’s great wine regions. Today, the names of the

Margaret River wineries grace the tables of the world with refinement and style, and they are the most sophisticated ambassadors for Western Australia wine producers.

Margaret River is an internationally recognised producer of Cabernet Sauvignon and Chardonnay, the king and queen of grape varietals. Its Chardonnays can compete with the best in the world. If you have ever visited this region, then you will be familiar with this. Find my wine reviews and ratings of Margaret River Chardonnays here.

Want to share your experience here? Or if you have a question or comment, just leave them in the comment box and I will get back to you within 24 hours.