Barossa Valley is regarded as the home of Australian wine. Barossa Valley produces more than 70 percent of all exports from Australia wines. It is located in South Australia, an hour northeast of Adelaide and is the most famous, oldest and with its more than 15,000 hectares of land the largest quality wine region of Australia. 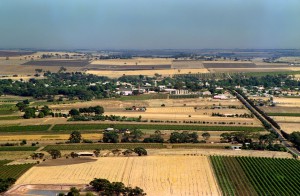 Wine has been a way of life in the Barossa since around 1842. The Barossa incorporates both Barossa Valley and Eden Valley, making it one of the only areas in Australia to have neighbouring warm and cool climate growing conditions.

There are some 750 grape growing families, many sixth generation, supplying quality grapes to more than 170 wine companies of all shapes and sizes. The best wines of the Barossa sit comfortably alongside the great wines of the world.  It’s Chardonnays, Rieslings and Shiraz’s all contribute to the Barossa’s standing as one of the world’s great wine regions. With such a diversity of growing conditions and soil types across both valleys, and vineyards that have been tended by hand for many generations, you are bound to find a wine to call your own.

The history of the region is inextricably linked to the influence of the German immigrants who were encouraged to settle in the region by local landowner George Angas. Many of these migrants were Lutherans from Silesia, who 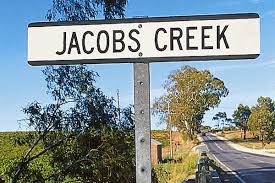 were suffering persecution in their homeland. By the 1850s viticulture was well established in the valley. Among these migrants were Johann Gramp who planted the first vineyard of the region at Jacobs Creek in 1847 and Joseph Seppelt, whose name lives on in a famous Australian wine brand name. Penfolds and Seppeltsfield are other iconic Australian wine names found in the Barossa Valley. Jacobs Creek was the first commercial vineyard of the area.

There are two basic soil types: brown, loamy sand to clay loam and more-sandy light brownish grey to dark grey-brown soils. Both are relatively low in fertility, particularly the second type, and acidity tends to increase with depth.

The former Rhine Riesling is the main type of wine in the valley, but it now left towards the eastern, cool hills as they discovered that the Riesling did better over there. The Chardonnay is very powerful and is often mixed with those of other districts. The area of Barossa Mountains is seen by many as “Chardonnay’s true home”. The same grape Barossa Mountains is more elegant and pleasant. Wellknown names as Wolfblass and Jacob’s Creek originate here. 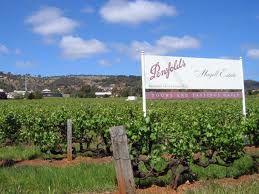 Shiraz is the star of red wine grapes in the valley. Many old vines are preserved and the wines are intensely flavoured with concentrated fruit. The Barossa Valley now produces some of the best wines in the country, including the much sought after Penfolds Grange. Experts have established this wine to be one of the best wines in the world. Cabernet Sauvignon is often powerful, but often a bit one-dimensional. The Cabernet Sauvignon is often mixed with grapes from other regions. The same grapes of the Barossa Mountains are often of greater simplicity. The Pinot Noir grape in red is still in its early stages but is definitely worth keeping an eye on.

The magic of Barossa Valley’s world-acclaimed wines lies in the diversity of its growing conditions. The Eden Valley produces distinctive cool-climate wine varieties; while the region’s flagship Shiraz is grown in the warmer, low-lying areas. The Barossa Valley is also renowned for its fresh seasonal produce, artisan food producers and award-winning restaurants.

The Barossa Valley is arguably Australia’s most famous wine region. It has a unique relationship with the grapevine 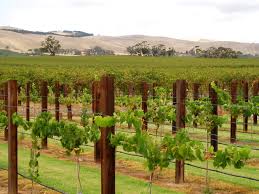 that stretches back to the area’s early pioneers. The toiling of these mostly German and English migrants remains the foundation of many of today’s wineries. It is Australia’s most wine producing area and many of its Chardonnays and Shiraz’s can compete with the world’s best.

I have reviewed some of Barossa’s finest Chardonnays here.

Feel free to ask your questions through the comment section of this site and I will come back to you within 24 hours.