McLaren Vale is located about 35 kilometres south of the city of Adelaide and has a width of approximately 15 kilometres. McLaren Vale has a Mediterranean climate. In the summer it is hot and dry, autumn is calm and in winter some rain falls. Spring is fresh. Approximately 60% of the vineyards must be artificially watered. 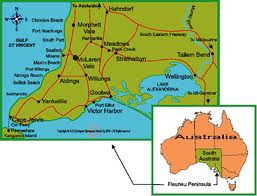 South of Adelaide starts the Fleurieu Peninsula. McLaren Vale is in the middle of the Southern Vales. Most vineyards located here are a few kilometres from the coast. The sea therefore has a strong influence on the climate: rain alternated with sunshine and a cool sea breeze.

The soil is among the most complex of Australia: on the coast, there is mostly sand, in the hills the soil contains a lot of iron and on the plains there is a reddish-brown loess soil. Variety is the strength of this region.

The area that is known today as the McLaren Vale Wine Region was amongst the first to be planted with vines in South Australia. John Reynell is credited as being the first to establish a vineyard in the area in 1838 at ‘Reynella’. His efforts were successful and other pioneers joined him. 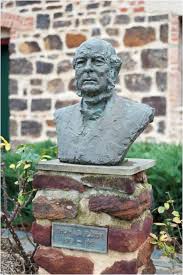 Dr. Alexander Kelly urged in 1861 seven of Adelaide’s wealthiest people to buy vineyards in McLaren Vale. They called it Tintara and started production of a dark burgundy wine in a style, a wine that was very popular at that time. When the company went bankrupt in 1876, Thomas Hardy bought it. After Hardy’s, more and more wineries were established. These wineries produced heavy, dry table wines in the style demanded by the bulk wine merchants and exporters. In the 20’s and 30’s exports tripled and after the Second World War, the local sales started increasing. But unfortunately, the wine was only sold in bulk where it lost its identity because the wine was used for blending wines. This all changed when small wineries in the 50’s started bottling and selling  their own wines. In 1952 there were only nine wineries and this number increased hugely in the 60’s and 70’s. Today there are more than 70 wineries in McLaren Vale and the region is known for cutting edge viticulture and wine making techniques with 7,463 hectares under vine.

The region’s reputation as arguably Australia’s most consistent wine region stems from the ability of the best producers to leverage their understanding of McLaren Vale’s layers of complexity.

McLaren Vale is one of the most geologically diverse wine regions in the world with unique interactions between geology, soils, elevation, slope, aspect, rainfall, distance from the coast, macro-climatic differences all contributing factors.

Combine these natural elements with the most passionate winemakers and viticulturists in the country and it is no wonder that the region has consistently received recognition and accolades from wine judges, journalists and consumers around the world. 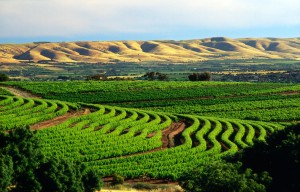 The main grape varieties in McLaren Vale include Chardonnay, Riesling and Sauvignon Blanc. Chardonnay is the major white variety of McLaren Vale. The most pronounced and distinctive feature is ripe peaches, with the wine from cooler sites displaying white peach. These wines maintain elegance and generally have long cellaring potential. Some McLaren Vale Chardonnay also features ripe melon, banana, fig and cashew nut flavours—rich and generous with pure elegance. See my review of this region’s Chardonnays here.

For red wines, the grape varieties Shiraz, Cabernet Sauvignon, Merlot and Grenache are used. These grapes make full-bodied wines with lots of fruit.

Harvest in McLaren Vale can begin as early as late January/early February in early ripening varieties such as Chardonnay, Vermentino and Fiano and is usually completed by the end of April. Temperatures are adequate to reliably ripen all varieties in almost all areas of the region. Rainfall and heat are the climatic factors most likely to impact harvest. As a general rule, harvest dates get later in a north-easterly direction travelling from Aldinga through to Blewitt Springs. 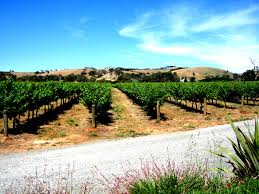 South Australia has a special advantage, namely the absence of a small but very dangerous vine pest called phylloxera. It means that they can still grow their grape vines on their own roots, unlike most of the wine growing regions of the world.  In McLaren Vale most of the vineyards, including the oldest vines, are grown this way. Phylloxera feeds on grapevine roots and will kill these ungrafted vines.

Because about 60% of the vineyards, must be artificially watered, correct water management is necessary.

McLaren Vale built the first and largest reclaimed water network in Australia so that a hundred percent of all irrigation used in the region is now from a sustainable resource other than river water. McLaren Vale is also the first place in Australia to declare and manage its underground water resource so that it is self-replenishing.

There are three main sources of water in McLaren Vale which are important to irrigated grape production. Traditionally the main sources have been groundwater aquifers in the Willunga Basin and surface catchment dams, where water is collected and stored from natural run-off. Sprinkler or flood irrigation has not been used in McLaren Vale for over 25 years.

In recent years a third resource has been utilised in the area: treated reclaimed water which is piped into the region from the Christies Beach Wastewater Treatment Plant and Willunga Basin Water Company in the Aldinga area. The use of recycled water is very important to the sustainability of natural water resources as it takes significant pressure off the natural groundwater.

The McLaren Vale wine region in the north-west of Fleurieu Peninsula is by far the most important wine-producing area in the this zone and is also regarded very highly throughout Australia and the world. The region acquired its GI (Geographical Indication) status in 1997, but wine-growing traditions here are amongst the oldest in the country. Pioneers such as Thomas Hardy and John Reynella, both iconic names in the Australian wine industry, can be credited with this achievement, having realized the region’s potential in the early 19th century when the first vines were planted. McLaren Vale has come a long way since then and is home to some of Australia’s most highly regarded wine producers.

Here is my link to my reviews and ratings and get access to some excellent McLaren Vale Chardonnays.

Have you been to this area? What were your experiences? Please let us know or ask a question through the comment box and I will be back within 24 hours.