Have you ever thought that drinking alcohol could have a very positive effect on your brain? Good news for those 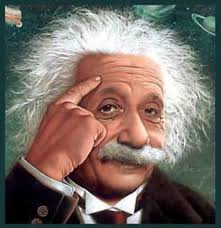 who like a drink! Two separate and independently performed studies concluded that moderate consumption of alcoholic beverages, but especially wine, which stimulates the brain, can lead to improved brain function. So the answer to the question “does wine make you smarter” apparently is affirmative! Unbelievable? Just follow through and find out that wine makes you smarter.

Here I go with study number 1. The Boston University Medical Centre confirmed this wine effect in a study concluded in 2013 where Norwegian researchers had followed more than 5,000 men and women for seven years.  During this period, the cognitive abilities were tested in a variety of ways. Guess what? When women drink wine four glasses of wine per week or more, their test results were significantly better than when they drank less than one glass of wine in the same period.

The study also took into account other factors that could influence the results, such as education, depression, age, heart problems and smoking. But here is a little side note. The authors claim that this miraculous effect of wine also has to do with the profession, age or socio-economic status, factors which have not exactly been included in the study.

This is study number 2. Earlier the University of London had done research on the same subject. The research was 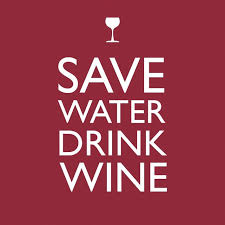 done among, believe it or not, 6,000 British civil servants (not during working time I hope). The outcome showed that the officials who drank three glasses per week were smarter and faster in performing maths and language tasks than officials who drank less. And now for the big unexpected…. Especially women get even smarter if they drink wine moderately! After just one glass the researchers noticed the difference. This positive effect is the result of wine stimulating the circulation of the blood flow to the organs, including the brain.

In the last three decades, the relationship between moderate alcohol consumption and cognitive performance was examined no less than 68 times! Most results suggest that light or moderate drinking for example does diminish the risk of dementia and Alzheimer’s. This is possible because the wine contains certain antioxidants.

What do antioxidants do?

All our bodies generate free radicals, which are atoms or molecules with an odd number of electrons that are very unstable and at every interaction with healthy cells cause damage to those cells and thus disease. Every moment of the day our body cells are under attack by these molecules.

We have a means to fight them, antioxidants! They give an electron to the free radical and neutralize it that way so that they become harmless. So, how do we obtain these antioxidants? Very easy, we take them in through our daily food consumption and produce them ourselves during a good night’s sleep. Drinking some wine happens to be one of the many ways of this intake.

Is this your free ticket? 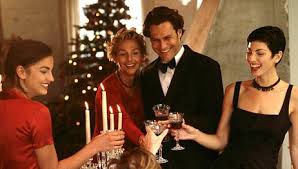 So here it is, drinking wine can be very good for your body and brain function. However, do not get over excited and think you can now drink a bottle of wine every day and become/stay healthy. Or that you will be an instant new Einstein. Like with all good things in life, enjoy it in moderation and you will enjoy a lot longer.

Remember that a bottle of wine also contains alcohol, which actually is fermented sugar, and thus can render you intoxicated and can have you taking too many calories. See my earlier blogs on wine and headaches and calories in wine.

On this site I am collecting and giving you access to the world best Chardonnays from the eight best countries in the world. I now have reviewed and rated a number of them. Click on the pictures on the right hand side (for mobile users just under this text) and find reviews for Chardonnays deliverable to the USA, UK and Australia.

If you have questions, then please leave them in the comment box and I will get back to you soonest.

13 thoughts on “Does Wine make you Smarter?”