Everybody already knows that, traditionally, red wines will contain more alcohol than white wines. Over the past five years I have seen the alcohol content of both white and red wine rising, especially in Chardonnays from the New World. 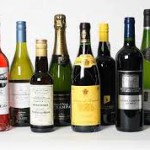 Also, I saw that alcohol content can vary year by year for the same type of wine. What makes this content vary with the type and year of the wine? Take a little bit time and look for the answer in an explanation on alcohol content and especially its rise in wines hereunder.

The way a wine achieves a certain alcohol level, is for the most part, a straightforward matter: As grapes ripen, they accumulate sugar, which is converted to alcohol during the fermentation process. Red wines tend to be picked at a higher ripeness (more sugar) than white wines, which is a combination of both wine making style and the physiology of the grape.The higher the sugar, the higher the potential alcohol of the wine. Certain grape varieties are naturally higher in sugar than others and some places ripen grapes more easily than others. The ambient temperature and the amount of sunshine will play their part. The higher the temperature, the more sunny hours will contribute to a grape having more sugar and thus alcohol content.

Low (11 to 12%): Beaujolais, some Italian wines and mainly reds from the old wine regions with cooler climates in Germany and Austria 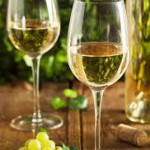 White wines may differ in alcohol percentages from 12 to 14.5%.

It’s safe to say that in the world overall, wine alcohol levels are on their way up. This applies to both red and white wines, pricey and cheap (though its effect in the latter might be more noticeable the next day). Generally speaking, where a “typical” table wine might have been between 11% and 12% alcohol 10 years ago, it may be at least two or even three percentage points higher today. Alcohol percentages of 15% are no longer an exception.

There are many theories (weather, men, manipulative devices) why this is the case.

Reasons for the rise

Wine experts were able to show that the increase in average alcohol levels was much greater than could be explained by any change in climate and concluded that the rise in alcohol content of wine is primarily man-made. They cited in 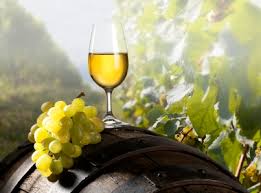 particular ‘evolving consumer preferences and expert ratings’ as more likely to have driven up alcohol levels. Winemakers have come to believe that consumers prefer the easy-drinking, ripe-fruit flavours that come from later harvesting, and rising vintage ratings have reinforced this notion. Later picking means higher sugar levels in the grapes, and that translates to more alcohol, since the vast majority of table wines are fermented to dryness. It also means that they have softer tannins and lower acidity (acid levels fall as grapes ripen) and have deliberately chosen to have grapes harvested later than they once were.

It was found that mean actual alcohol levels over a long period were highest in American, Australian and Chilean wines, coming from relatively warmer and or sunnier climates. The average alcohol content for wines from these New World countries analysed was considerably higher than in wines from the traditional European countries (with the exception of Spain).

The process of converting fruit’s sugars into alcohol is limited to some 15%, as at this point the natural process of fermentation stops. So we do not need to be worried that percentages keep rising. Above this percentage you would have wine fortified with alcohol, such as vermouth, sherry or port. 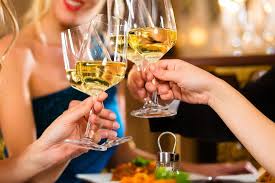 If you are a Chardonnay lover, then you have come to the right place as this site opts to collect all information about the grape and the best Chardonnays worldwide. I have meanwhile reviewed and rated a number of Chardonnays from all over the world. If you are interested you can click on the pictures to the right (for mobile users just under this text!) for wines delivered to the USA, UK and Australia. Cheers and enjoy your wine in moderation!

You are most welcome to comment on this article or add to it and I will come back to you within 24 hours.