Napa Valley is considered one of the premier wine regions in the world. Napa Valley is located between the San Francisco Bay and the west side of Mount St. Helena. Viticulture is well established. There are lots of top wines from this area, such as Chardonnay, Cabernet sauvignon and Merlot. Due to the different climate zones and micro climates also Pinot Noir, Zinfandel and Sauvignon Blanc have been planted in the area. The winery of Robert Mondavi is one of the largest wine producers in this region. 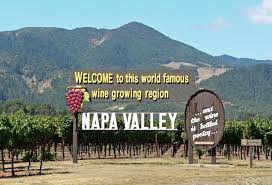 Napa Valley is wedged between two mountain ranges, the Mayacamas and Vaca, no more than thirty miles long and only eight miles wide, but thanks to the cool air and fog that is supplied in the afternoon from the ocean, it creates a veritable patchwork of micro climates here.  The word Napa comes from the language of the Wappo Indians, the first who settled in this valley. The word means “abundance”. It took until 1836 for someone – George Yount, after whom is named Yountville – came up with the idea to plant grapes – with amazing results. Other pioneers are John Pratchett, who planted the first commercial vineyard, Dr. George Crane, who advocated the planting of vines in a series of newspaper articles, and Hamilton Crabb, who experimented with more than 400 varieties.

Charles Krug is remembered as the man who founded the first commercial winery in the Napa Valley in 1861. In 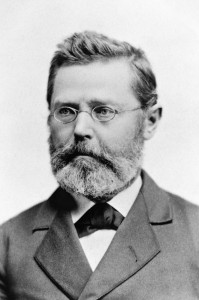 1889 there were already more than 140 wineries operational. But this explosive growth induced quickly a surplus of wine grapes, causing prices to plunge. The area suffered a huge blow with the arrival of Phylloxera, which decimated the vineyard.

An even greater threat came in 1920, with Prohibition. Vineyards were abandoned and many found another business line in these illustrious 14 years. Only a handful of wineries continued to produce sacramental wine. When Prohibition was lifted in 1933, it was again followed by a tremendous growth.

In 1944, a group of winemakers from Napa Valley came together to cultivate grapes and to share ideas about making wine in a relaxed atmosphere of friendship, a good meal and, of course, a glass of wine. This was a precursor to the Napa Valley Vintners, an organization that was founded in 1975 with the aim of making Napa wines popular worldwide.

Long before green and sustainable were buzzwords, Napa Valley became the home of the first Agricultural Preserve in the U.S. in 1968 and today has the most comprehensive and stringent land use and environmental regulations of any wine growing region. 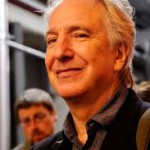 Napa Valley is probably the most famous appellation of the USA. In 1976, Steven Spurrier had wine merchant (now the editor of Decanter Magazine) the courage to organize a tasting in Paris with great Napa Cabernets and Premiers Crus from Bordeaux. What no one thought possible happened anyway. The Napa wines were rated better than the French! What a scandal for the French! The incident (known as the “Judgement of Paris”) was filmed under the title Bottle Shock, with Alan Rickman as Steven Spurrier. Incidentally, the tasting was repeated once (in 2006) with again the result that the Californian wines were chosen over the French. The results of this tasting cemented the region’s reputation as a producer of world class wines.

Today there are over 450 wineries in Napa Valley, and the wines have a very good reputation.

Screaming Eagle, Sine Qua Non, Harlan Estate, the most expensive wines of California come from Napa Valley. It is a small area; only 4% of Californian wine comes from here. But this region does represent a market value of 20%. Each bottle leaving the wineries of Napa Valley is of top quality!

Napa Valley is located north of the coastal city of San Francisco, a little bit further inland, making it warmer. This makes the wine the better, because the planted grapes in Napa love sun. The heat also ensures that the wines from Napa Valley are higher in alcohol. The heavy wines certainly are not inferior to their older brothers from Bordeaux, remember the 1976 blind tasting of Bordeaux wines!

Robert Parker, the famous ‘nose’ who developed his own scoring system for the evaluation of wine – and who is known for his love of the high alcohol Cabernet Sauvignons where Bordeaux and Napa excel in – repeatedly gave a Napa wine one hundred points. And that does not harm the producers, because such assessment drives the price to unprecedented heights. This is one of the reasons that the wines from this region are often so priceless.

Most widely planted grapes in Napa

The Mediterranean climate of Napa makes for sunny, warm and dry days and cool evenings. This allows the grapes get the chance to ripen slowly and evenly, with a more intense flavour and more alcohol. A Chardonnay from Napa has a taste of tropical fruit such as pineapple, mango and banana. 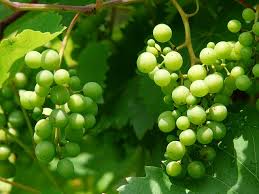 Also credit should be given to the sea fog, which brings daytime cooling, the varied and favourable soil and the skilled winemakers! All this has resulted in the fact that the tastiest grapes thrive in Napa Valley. In the lead are Chardonnay and Cabernet Sauvignon.

Although Napa Valley is most recognized for Cabernet Sauvignon, other very popular varieties are Chardonnay, Merlot and Pinot Noir. There are just over 45,200 total acres planted with vineyards, making up one tenth of the area.

The great diversity within the Napa Valley allows a wide range of fine wine grapes to grow well here, and provides the winemaker a diverse palette to create from. All to bring consumers an incredible selection of consistent high quality wines from the region.

If you have been here before, please share your experiences and if you have any questions, leave them in the comment box and I will get back to you within 24 hours.