Wine has been here for a long time and the history of wine dates back to 3000 BC. From then on, traces and images of viticulture have been recovered. As you go back in time it appears that many historical celebrities enjoyed, just like we do now, a glass of wine, even became (too) big fans of it. Not only did they enjoy the wine, but it took such an 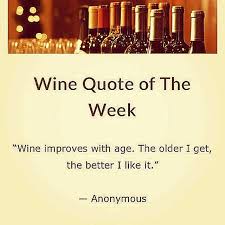 important place as their beloved beverage, that they dedicated some important quotes to it.

Great men like Leonardo da Vinci and Galileo Galilei have beautiful, wise texts dedicated to the fermented grape juice. Even as early as the Greek philosopher Plato, wine has been revered. However, not only scientists or philosophers have produced quotes, but throughout time also writers, poets, actors/actresses and others did their bit.

I have collected fourty out of all these quotes available, any one of them evidencing people’s love for wine. Some have historical value, some are pure wisdom and others are just plain funny. You will be amazed at some of the wine quotes listed below.

“Nothing more excellent or valuable than wine was every granted by the gods to man.” – Plato

“Wine is sunlight, held together by water.”- Galileo Galilei 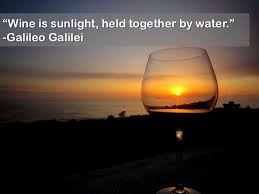 “I feast on wine and bread, and feasts they are.” – Michelangelo

“And That You May The less marvel at my words, Look at the sun’s heat That Becomes wine When combined with the juice That flows from the vine.” – Dante Alighieri

(1265 – 1321, Italian poet, writer and briefly politician. His main work is known as La divina Commedia, or The Divine Comedy).

“Wine – the intellectual part of the meal” – Alexandre Dumas

(1802 – 1870, French dramatist and writer of mainly historical novels include The Three Musketeers)

“In wine there is wisdom, in beer there is freedom, in water there is bacteria.” 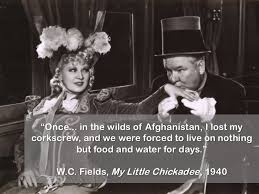 “I cook with wine; sometimes I even add it to the food.” – W.C. Fields

“Wine, it’s in my veins and I can’t get it out.” – Burgess Meredith

“I made wine out of raisins so I wouldn’t have to wait for it to age.” –  Steven Wright

“Quickly, bring me a beaker of wine, so that I may wet my mind and say something clever.” – Aristophanes

“A man will be eloquent if you give him good wine.” – Ralph Waldo Emerson

“To buy very good wine nowadays requires only money. To serve it to your guests is a sign of fatigue.” – William F. Buckley

“When it came to writing about wine, I did what almost everybody does – faked it” – Art Buchwald

“Wine can be considered with good reason as the most healthful and hygienic of all beverages.” – Louis Pasteur

“Nothing makes the future look so rosy as to contemplate it through a glass of Chambertin.”– Napoleon Bonaparte

One should always be drunk. That’s all that matters…But with what? With wine, with poetry, or with virtue, as you choose? But get drunk.” ― Charles Baudelaire

“Accept what life offers you and try to drink from every cup. All wines should be tasted; some should only be sipped, but with others, drink the whole bottle.” ― Paulo Coelho, Brida

“Wine is the most civilized thing in the world.” – Ernest Hemingway

“Wine is one of the most civilized things in the world and one of the most natural things of the world that has been brought to the greatest perfection, and it offers a greater range for enjoyment and appreciation than, possibly, any other purely sensory thing.” – Ernest Hemingway

“My only regret in life is that I did not drink more wine.” – Ernest Hemingway

“High and fine literature is wine, and mine is only water; but everybody likes water.” ― Mark Twain 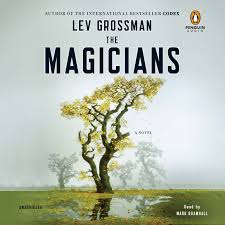 “The worst gift I was given is when I got out of rehab that Christmas; a bottle of wine. It was delicious.” ― Craig Ferguson

“Never cook with a wine you wouldn’t drink,” he said. “Though I guess that presupposes that there is a wine I wouldn’t drink.” ― Lev Grossman, The Magicians

“If you could pour my love like it was a bottle of wine, would you have one glass or two? That was a trick question, because the answer is you’d drink it all—straight out of the bottle. ”

“Wine makes a man more pleased with himself, I do not say that it makes him more pleasing to others.” – Samuel Johnson

“Wine has been a part of civilized life for some seven thousand years. It is the only beverage that feeds the body, soul and spirit of man and at the same time stimulates the mind…” – Robert Mondavi 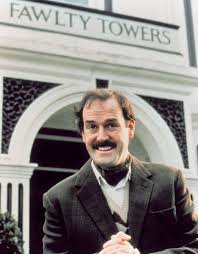 I can certainly see that you know your wine. Most of the guests who stay here wouldn’t know the difference between Bordeaux and Claret. ― John Cleese as Basil Fawlty, “Fawlty Towers”

“Making good wine is a skill. Fine wine is an art.” – Robert Mondavi

“Whichever glass you chose, may it be more full than empty.” – Anonymous

“Wine is poetry in a bottle.” – Cliffon Fadiman

I very much hope you enjoyed this selection of historical, funny and wise quotes about that beautiful drink of the gods called wine. If the minds of so many and different types of people are led to producing so many thoughts, then there must be something to it!

I have embedded this piece of general wine information in this Chardonnay fans website and please feel free to explore this site further for facts and figures of this excellent wine.

If this article has whetted your appetite for wine, then find access to some excellent Chardonnays and their reviews and ratings by clicking the three images to the upper right hand side of this page (for mobile users just under this text) under the heading World best Chardonnays for delivery to the USA, UK or Australia and find a summary of my reviews and ratings.

Feel free to let me know if I missed out on a quote or quotes or leave a comment or question and I will be back within 24 hours.