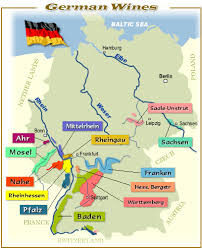 Traditionally talking about German wines, many people think about simple, sweet white wines. But, for already a long time, that picture is not true any more. Today, Germany produces high quality wines, mostly dry, and certainly not just white: one in three bottles is red! There is a large variation in production areas, climate, soil and grape varieties. And all this leads to a huge choice, and an incredible versatility. It is therefore high time that we pay more attention to German wine and that we take you on a discovery tour through Germany as a fascinating wine country! Read on and you will see that Germany, as a wine country, has some nice surprises for you.

Germany has a rich tradition as a wine country. For about 2000 years ago the Romans started with viticulture, first on the steep slopes of the Mosel valley and later along the banks of the Rhine. After the fall of the Western Roman Empire in 476 especially the monasteries were concerned with viticulture. In the late Middle Ages, the number of acres planted was more than three times as large as today. At the end of the 19th century new insights were introduced into viticulture, wine making and cellar techniques for important innovations. Higher quality and great export successes were the result. A typical phenomenon of the German viticulture was crossing varieties, which has brought so many new tasty wines. 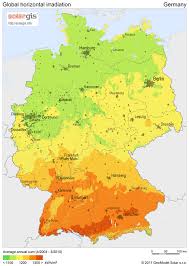 There are three elements defining the character of German wines. First, there is the relatively cool, but mild climate, which is very suitable for viticulture. In narrow river valleys there is often even talk of a micro climate. Equally important are the locations of the vineyards on steep slopes – allowing the grapes to catch more sun – and having the reflection of heat by rivers and lakes. And of course the soil plays an important role. Thus, for example slate is an excellent substrate for the Riesling grape. Each region has a different soil composition. 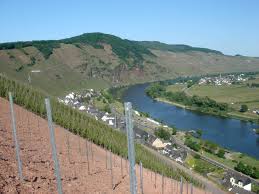 There are 13 German wine regions with a total area of more than 102,000 ha. Eleven areas are located in the southwest: Ahr, Mosel-Saar-Ruwer, Mittelrhein, Rheingau, Nahe, Rheinhessen, Hessische Bergstrasse, Franconia, Württemberg, Pfalz and Baden. The last two, Saale-Unstrut and Sachsen, are much further east, in the territory of the former GDR. The number of hectares of vineyard varies greatly by region. Rheinhessen and Pfalz are the biggest areas, followed by Baden, Mosel-Saar-Ruwer and Wurttemberg. The Rhine, Moselle, Main and Neckar are the major rivers along which lie the wine regions.

The German winegrowers have mostly kept to the cultivation of more or less indigenous grape varieties, both native and crossed ones. The main white grape varieties are Riesling, Rivaner (also known as Müller-Thurgau) and Sylvaner. Riesling is king in Rheingau and Mosel-Saar-Ruwer.

The Chardonnay plantings are steadily growing. The wines are versatile and, depending on the geographical position 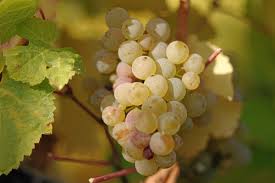 As to imported wine grapes, the Pfalz area has the largest planting of Chardonnay grapes with about 450 acres. This grape is also particularly suited to mature in barriques (big wooden barrels of 225ltr). The Barrique Chardonnay is generally very elegant and the taste of the barrel harmonizes particularly well with the fruitiness of the wine.

The red varieties are Pinot Noir (Pinot Noir), the crossing of Dornfelder and Blauer Portugieser much planted. The centre of the pinot noir is the small wine region Ahr, but also in Baden this is a very popular grape. In fact, I know from experience that Badischer wein has a light and very pleasant character. Portugieser is also suitable for making the unique German Rosé.

The quality wines from the 13 regions come from riper grapes and meet the high quality standards of the strict German wine law. The base wines vary in dry, semi-dry and fruity wines for every day drinking. 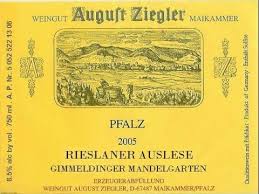 The best German wines are named Qualitätswein (Quality wines) with a certain Rating and are made from these riper grapes. These would be elegant wines that can be kept for some time. There are six ratings, indicating increasing maturity and quality: Kabinett, Spätlese, Auslese, Beerenauslese, Eiswein and Trockenbeerenauslese. For Eiswein grapes are picked and pressed while frozen!

The German labels contain a lot of information, so they are not always easy ‘readable’. To facilitate the choice they therefore introduced two new terms in 2000: Classic and Selection. You can tell at a glance what type of wine it is.

Classic wines are better dry wines from one of the 13 wine regions, and made from the classic grape region-greenhouses. They are delicious wines suitable for every day, as an aperitif or with meals.

The name Selection stands for superior dry wine, made from hand-picked grapes from a specific vineyard. The yield per hectare is limited and the grape variety must also be weather typical of the region. The wine undergoes additional quality verification. Of course these particular wines should be paired with a beautiful German dish, but can also be matched with other cuisines.

At the beginning of this century German Rieslings were the most expensive wines in the world, commanding higher prices than the top growths of Bordeaux. Today, in their incomparably light and elegant style, they offer value for money unmatched by any other wine-producing country. During the past decade, German producers have been

paying more attention to quality of their wines, reducing yields but enhancing their reputations. The wine world has noticed, and the consumer is beginning to as well, meaning that there are more and better German wines in our stores all the times.

Chardonnay was introduced in Germany in the early nineties and now starts to really feel at home here. This is probably due to the ageing of the vines, the continuing climate change and advancing knowledge of the German winemakers. They are increasingly aware of how to deal with this grape.

German Chardonnays are an excellent example of what this noble grape can perform in a less obvious area. I have not yet found suppliers for these wines, but if you are into Chardonnays check out and gain access to top rated wines by clicking the three images to the right (for mobile users just under this text) under the heading World best Chardonnays for delivery to and chose your area.

Feel free to chime in with a comment and I will reply within 24 hours.