The Chardonnay is one of the best-known (white) grapes in the world. It is not easy to describe how it tastes, as it has so many different faces. For example, Chardonnay without wood ageing and from cool climates tastes very fresh and light. In warmer climates Chardonnays are oily, golden wines that show exuberant aromas of tropical fruit and vanilla. 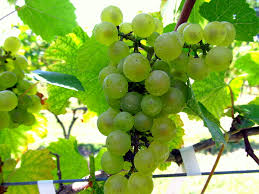 In spite of this variance in style, the taste of Chardonnay is unmistakable in the mouth because of its impeccable sugar/acid balance, its full body, and its easy smoothness. Chardonnay’s intrinsic quality also allows its flavours to be dramatically affected by differences in soil, climate, and vineyard practices.

Actually it is very understandable that the Chardonnay has become so popular. It is a strong plant that rarely lets the winemaker down. It is naturally quite neutral in flavour and not too acidic. In the cellar the winemaker can vary as much as he wants. Sleek white wines in steel tanks, ‘fat’ versions, fermented in oak barrels, sparkling wines … the Chardonnay is very versatile.

So, how to describe Chardonnay wine? I will attempt to do this by focussing on its origins, growing, tastes and Old/New world countries. 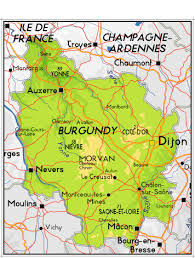 Researchers at the University of California at Davis used DNA profiling in 1999 to prove that Chardonnay originated about the beginning of the modern era as an inadvertent cross between an obscure, ancient, and nearly extinct variety called gouais blanc with a member of the “pinot” family (quite likely pinot noir, although ampelographic research has not yet been able to pinpoint this). The Roman Emperor Probus (232 AD -282 AD), probably introduced gouais blanc, a native grape in his Croatian homeland, to Burgundy.

Chardonnay buds early and needs a moderately long growing season, but responds best to cool locales and is considered a ‘winter-resistant’ variety. Chardonnay vines are naturally vigorous and consistently produce fairly large crops, but over cropping results in bland-tasting wine. Berries are then relatively small, thin-skinned, fragile, and oxidize easily. This makes Chardonnay somewhat more sensitive to wine making techniques and more difficult to handle from harvest to bottling than most other grape types.

Vineyards in France are commonly planted with an intermingling of Chardonnay and pinot blanc vines, so that “pinot” was often incorrectly prefixed to Chardonnay. In spite of its heritage, Chardonnay is not considered a member of the “pinot” grape family (pinot noir, pinot blanc, pinot gris, pinot meunier, etc.).

Rich is the word that describes Chardonnay and explains its popularity best. Its aroma is often appealing, yet delicate, difficult to characterize, easier to recognize. Like sponges, Chardonnay grapes tend to soak up the influences of both vinification technique and appellation of origin. 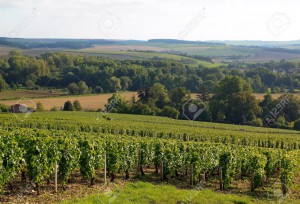 Chardonnay might smell like apples, lemons, peaches or tropical fruits. Its delicacy is such that even a small percentage of another variety blended into a Chardonnay will often completely dominate its aroma and flavour. Oak commonly takes over Chardonnay if the wine is fermented or aged in new barrels or in seasoned ones for too long.

In the Chablis region of France, it is the only grape permitted and it renders a “crisp, flinty” wine. In the Meursault appellation, Chardonnay takes on a lush, ripe, “fleshy”, “buttery” quality. Even in quality sparkling wines and French Champagne, it is the major variety used. And here it is: California Chardonnay is every bit as variable and possibly even more exciting because of the effusive varietal quality it develops there.

Chardonnay is so commercially popular and so malleable in the winery that it is grown and produced worldwide in areas where marginal climate conditions might not grow the best fruit. California, Colorado, Idaho, New York, Oregon, Texas, Virginia, and Washington State, as well as Argentina, Chile, Hungary, Israel, Italy, Lebanon, New Zealand, South Africa, and Yugoslavia all produce Chardonnay.

Burgundy is the cradle of Chardonnay. Almost all white wines from this prestigious region are of this grape. Yet there are clear differences in Burgundy. In cool northern Burgundy, Chardonnay gives the fresh and sleek white wines, often with minerality and with subtle green fruit in the nose: the Chablis. 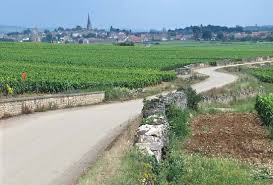 In slightly warmer areas, for example around the villages of Montrachet and Meursault  the Chardonnay is ‘fuller’, expressive and darker in color. Here they are mostly matured in (new) oak barrels. The smell can be recognized as toast and vanilla, but also often hazelnut, overripe banana and oatmeal.

In the southern French, the Languedoc region creates a wide range of Chardonnay. Most are fairly simple and easy to drink. Some expensive ones approach the class from Burgundy. You can see my reviews of some top French Chardonnays here.

Chardonnay from Austria is often reminiscent of Chablis, through its minerality and because Austrian winemakers do not like barrel ageing very much. In the north of Italy some excellent oaked Chardonnays are produced, especially in the areas of Alto Adige, Trentino and Piedmont. Also Spain and Hungary have, in recent years, produced more award-winning Chardonnays. See some excellent Italian Chardonnays here.

Chardonnay from the New World

Australia, South Africa, Chile, California … For several years, we have been flooded with Chardonnay from the New World. The differences with the European versions are not difficult to discern, even for a teetotaller. While many 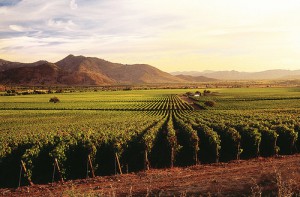 European winemakers strive for subtlety and complexity, their colleagues from America and Australia more often go for ‘strong aroma ‘and’ great taste ‘. Cheaper production wines are often slightly sweetened to entice a larger audience. Adding wood chips is not shunned to get vanilla aromas.

Australia produces some top Chardonnays with an exciting fragrance of delightful tropical fruits. California merits extra mention. Some Californian Chardonnays from the vineyards of Napa Valley and Sonoma County can compete with the famous French Meursault. See the next paragraph. In South America (Chile, depicted and Argentina), the quality of the top wines of the large wineries increases rapidly.

California has achieved real success growing Chardonnay and earned considerable consumer popularity for the wine produced. Australia has also had Chardonnay success and at times misnamed it “pinot chardonnay”. 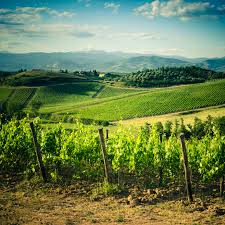 The widespread popularity of labelled Chardonnay wines spurred many new California plantings in the early 1970s. In the 1990s, California vintners began paying much more attention to matching, not only varieties but also clones, to specific microclimates and vineyard sites.

You will find many reviewed and rated California Chardonnays by clicking the image to the right under the heading World best Chardonnays for delivery to the USA. Go straight to reviews and ratings of the very best of California by clicking Napa Valley and Sonoma County.

It might be hard to imagine, but until the seventies of the last century the Chardonnay, outside Burgundy and Champagne, was barely planted. The Chardonnay wave was only launched after that period, especially in the New World. In the nineties it was already the most widely planted white grape in California and Australia.

Each winemaker who wanted to join the count had to be able to make a decent Chardonnay. And because the winemakers in the New World like to put the name of the grape on the bottle in bold, Chardonnay quickly became the global brand that it still is today.

So, how good is Chardonnay? Check out my reviews and ratings and get access to the best ones worldwide by clicking the three images to the right (for mobile users just under this text). I have divided the reviews by country of origin of the wine and the markets (USA, UK and Australia). Of course the USA, as Chardonnay consumer number one, takes top spot.

Any questions? You are welcome to leave a comment and I will be back to you within 24 hours.

4 thoughts on “How to Describe Chardonnay Wine”