Canada is the largest producer of ice wines in the world. It owes its reputation as a wine country mainly because of this particular type of wine. Ice wines are called so as they are made from grapes picked in a frozen state. Canada even leaves Germany with its Eisweine behind. 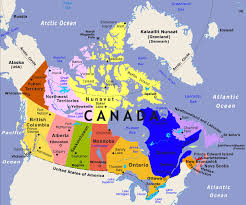 Less well known is that Canada produces a whole range of wines from normally harvested grapes, including Chardonnay, that are of surprisingly high quality.

Read more and find out why Canada should not be discarded as a wine country.

To be sure, Canada is not a major wine country in the world. It has about 9,000 hectares of vineyards and an annual output of 445,000 hectolitres. This is largely due to the northern location of the country. Only the southern part lies below the 50th parallel. The bulk of the Canadian wine is concentrated around the Great Lakes. Also in the south west of the country, in the State of British Columbia, are some wine regions. 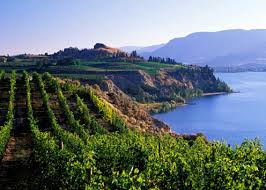 Canada is one of the ‘cool climate’ growing zones. Wines from a ‘cool climate’ area have more acids, and are more aromatic, because the temperatures are moderate during the ripening of the fruit. Yet there is plenty of sunshine.

Grapes like Chardonnay, Riesling and Pinot Noir thrive in the cool Canadian climate. In the south Okanagan Merlot gives a good result. To the north the Ortega is successful. The setting of the “Wine Content Act” in 1988 was an important incentive for the use of quality varieties. Under that law, requirements are imposed on the origin of the wine.

Canada has its own specialty ice wine. This wine is made in Canada since 1970, and right now the country is the largest producer of ice wine in the world. The grapes are harvested in a frozen state, wherein the temperature must be at least -8 ° C. Grape moisture is frozen when the grapes are pressed. This makes the wines have high sugar content and pretty acidic.

In Canada alcohol is bound to strict legislation. Hence, manufacturing and selling wine is under state control. There was a ban on alcohol for several years in Canada from 1927. After this ‘prohibition’ the sale of alcoholic beverages was awarded to stores that were regulated by the government. The Liquor Control Board of Ontario has fewer than 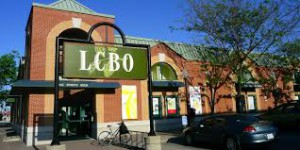 600 outlets under control. Supermarkets may not sell alcoholic beverages. According to wine producers, wine production and sales are the cash cow of the Canadian state. Moreover, they accuse the government that it does nothing to promote the wine industry.

The quality of Canadian wines is guaranteed by the Vintners Quality Alliance (VQA). Wines with this designation should include 100 percent grapes grown in Canada, and meet stringent quality requirements.

The VQA distinguishes two categories of quality wines that are more or less in parallel: Provincial Designation and Viticultural Areas.

Grapes varietal and blended wines must be 100 percent from British Columbia or Ontario.

The grapes for these wines should be on the list of VQA-Vitis vinifera- and hybrid varieties.

At least 85 percent of the grapes must come from the area indicated on the label.

All varieties must have minimum sugar content at harvest.

The main wine regions are Ontario and British Columbia, which both have the quality designation Vintners Quality Assocation, abbreviated VQA. This compares with an Appellation Controlee from France. Wines without the VQA label cannot be exported. Wine is also produced in Nova Scotia and Quebec.

Ontario is the most important wine-growing province of Canada. The wine regions of this province are located in the most southern part of Canada, approximately the same latitude as France. Still, the climate here is different from European wine regions at the same latitude, the Canadian winter here lasts longer and spring begins late. The growing season is shorter.

Two large lakes influence the climate here: Lake Erie and Lake Ontario. These large bodies of water have a moderating influence on temperatures, which makes the temperature around these lakes is not extreme cold during winter, and not extremely hot in summer. Lake Erie is the shallowest of the Great Lakes. The water temperature is 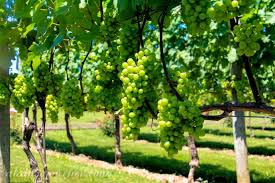 higher than in Lake Ontario.

Pelee Island is the 42nd parallel: an ideal climate for wine growing, that is even more south than, say, the Italian Tuscany. Pelee Island Winery is the largest private wine company. The vineyards are located on an island in the Lake Erie. Due to its geographical location south of the 42nd parallel, there is an environment that is different from the climate in the rest of Canada. The result is a unique micro climate with 195 frost-free days.

The warm shallow waters of Lake Erie are the perfect environment for growing grapes. The grapes receive more hours of sunshine than for example the grapes in Bordeaux. The vineyards on Pelee Island include about 280 hectares. After harvesting, the grapes are taken to the location in Kingsville.

Ontario has about 6,000 hectares of vineyard surface. This contains especially own grapes. Ontario is Canada’s largest wine producer of these indigenous grapes. Some of these grapes are also on the East Coast of the United States: Seyval, Maréchal Foch, Concord, Niagara, Elvira, Catawba and Fredonia. All of the better known varieties like Chardonnay, Riesling, Pinot Gris, Pinot Noir, Cabernet Sauvignon and Gamay are planted here.

White varieties are most common in Ontario, especially Riesling and Chardonnay.

The Okanagan Valley, Similkameen Valley are in the lee of the Coast Mountain Range. These areas have hot, dry 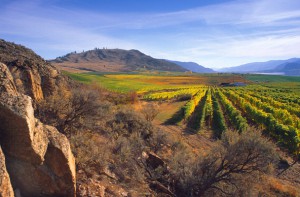 summers with plenty of sunshine and low humidity. The south of the valley is the only desert area of Canada. International blue grape varieties such as Cabernet are widespread in the southern Okanagan Valley, while the white German and French varieties in the north of the valley are planted. The Similkameen Valley is much smaller and is on the other side of the mountains.

East of Vancouver lays Fraser Valley. This is the largest agricultural area of the province, where nowadays some grapes are grown. Vancouver Island is the latest wine-growing region. For now it mainly produces white and red wine for the local market. 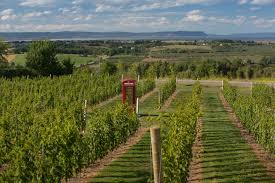 Nova Scotia is a peninsula on the east coast of Canada. It lays on the Atlantic Ocean and the Bay of Fundy. Nova Scotia southern tip lies on the 44th parallel, and wine is still just possible here. The grapes grow mainly on the western side, in the Annapolis Valley. Here are mainly hybrid varieties: Maréchal Foch, De Chaunac, 19637 Castel, Baco Noir, Leon Millot and Seyval blanc. Even here there is at least one vineyard that grows the Chardonnay grape.

In the French-speaking province of Quebec located south of Montreal a large plain with two wine regions: l’Estrie and Montérégie. Here vintners cultivate the grape Gamay and Riesling. There are also hybrids, such as Seyval, Aurol, Vidal and Maréchal Foch.

Although small in producing wines compared to the traditional wine countries, Canada is producing a number of excellent wines. The point is for you to know that Canada is making some of the finest Chardonnay in North America, and that the wines are definitely worth the extra effort to seek out. In the next few months I will seek out the top Canadian Chardonnays and review and rate them for you.

Meanwhile you can gain access to top Chardonnays from all over the world by clicking the three images to the right (for mobile users just under this text) and see their reviews and ratings. Make sure you chose your area of delivery.