Over 90% of Californian wines are produced in Central Valley. The area is the most productive agricultural region in the world. It is a sunny and fertile region and features constructed irrigation channels. This allows the grapes to flourish here and produce the finest wines. 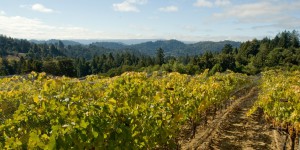 through the Sacramento and San Joaquin valleys to Bakersfield.

When speaking of Central Valley, it really means two main wine regions: San Joaquin and Sacramento Valley. The vineyards in these areas are difficult to characterize and together they certainly produce more than half of all wine from California. Mostly Chardonnay and Sauvignon, but the Zinfandel wines from Sacramento Valley are the best known. Central Valley has the oldest Zinfandel plantings in California. Many wineries also grow Merlot,  and numerous experimental varieties. The extremely sunny climate of Central Valley gives the wines a lot of colour and a strong character. This is my article about Central Valley wine regions.

As said, viticulture in California’s vast interior valley, nestled between the state’s coastal mountain range and the Sierra Nevada, is the two main valleys: the Sacramento Valley in the north and the San Joaquin Valley in the south, which also includes the Delta area (Lodi) located in the middle where the two valleys meet. I will detail this Lodi area separately. Although the Sacramento and San Joaquin Valleys are not designated AVAs, the region produces 71 percent of the state’s wine grapes and is home to eight AVAs— Clarksburg, Diablo Grande, Dunnigan Hills, Lodi, Madera, Merritt Island, River Junction and Salado Creek. The Sierra Foothills region is an AVA that runs adjacent to both valleys on the east side, along the Sierra Nevada Mountains. About 0.5 percent of the wine grapes grown in the state are produced from the Sierras. 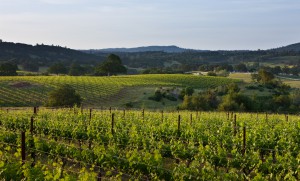 The Sacramento Valley runs for approximately 120 miles from Red Bluff in the northern end of the valley to the city of Sacramento. Bordered by the Sierra Nevada to the east and the Coast Ranges to the west, this level, sunny, agriculturally rich area is unaffected by ocean influences. The region has about 6,500 acres of wine grapes. Chardonnay is the most prominent variety with roughly 1,600 acres planted, and Zinfandel follows with about 1,300 acres. There are some 16 wineries, and approximately 1.6 percent of the total state wine grape crush comes from this region.

The Sacramento and San Joaquin Valley meet at the river delta about 100 miles east of San Francisco, roughly encompassing portions of Solano, Yolo, Sacramento and San Joaquin counties. There are 83,000 acres planted to wine grapes in the area. Again Chardonnay is the most widely planted variety with 19,552 reported acres, and Zinfandel is a close second at 19,544 acres.

Wine grapes came to Lodi with the Gold Rush. Lodi’s wine industry continued to flourish through Prohibition thanks to farmers who maintained their crops for legally sanctioned home wine making. 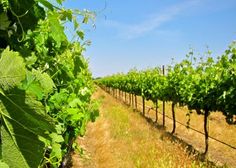 The Lodi Appellation is a federally designated American Viticulture Area recognized for the distinctive quality of its wines. Located directly east of San Francisco at the edge of the Sacramento River Delta, the Lodi appellation is noted for its classic Mediterranean climate and its distinctive sandy soils that provide the perfect environment for the production of world-class wines.

The federal government first approved the Lodi American Viticultural Area (AVA) in 1986, and over the past two decades the number of “Lodi” labelled wines has sky-rocketed. Mainly known for its red Zinfandels, Cabernet Sauvignons and Merlots, Chardonnay wine is the widest planted white wine grape here.

Today, the Lodi area is farmed by more than 750 growers. About 60 wineries are located in this picturesque rural area known for its older head-trained grapevines. Like the other Delta wine areas that include the Clarksburg AVA with its 10 wineries and 9,000 vineyard acres, Lodi is also defined by its proximity to the Pacific Ocean and the coastal gap where the northern and southern coastal ranges meet at the San Francisco Bay. As temperatures rise in the state’s vast interior valley, cool maritime breezes are pulled directly through the Delta area, creating a distinctive climate that has allowed premium wine grapes to thrive for more than a century. Lodi has a Mediterranean climate, with warm, dry summers and cool, moist winters. Deep, sandy clay loam soils predominate.

One of the richest agricultural areas in the world, the San Joaquin Valley measures about 220 miles in length and 40 to 60 miles in width, extending from around Stockton south to Bakersfield. There are five million acres of irrigated farmlands planted to cotton, grains, vegetables, fruits and nuts. The majority of wine, table and raisin grapes in 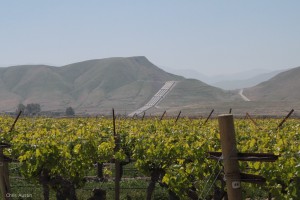 California are grown in this valley. Using California Grape Districts 12, 13 and 14, wine grape vineyards total 152,000 acres. French Colombard is the leading variety with over 28,000 acres. Chardonnay is the second most planted grape with 16,300 acres. The red wine grape with the most acreage is Zinfandel at 13,800 acres. By far the largest producing area in the state, the San Joaquin Valley accounts for more than 47 percent of the total state wine grape harvest. There are more than 30 wineries.

The Sierra Nevada form the eastern border of this grand expanse of land, and the lower, more irregular Coast Ranges define it to the west. Irrigation of this land with limited rainfall comes from two huge reservoir and canal systems that bring water from the length of the Sierras to the valley farmers. Although grapes have been grown in the region for more than 100 years, there has been a continuing advance in grape and wine quality due to viticultural refinements, including new varieties, root stocks, trellis systems and irrigation techniques. These advancements are helping to transform the San Joaquin Valley from a generic into a varietal wine producer. 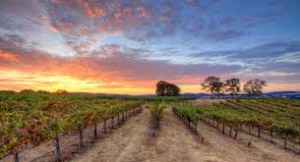 Nevada Mountains in the state of California in the United States. Wine grapes were introduced to the area in the nineteenth century during the California Gold Rush. Over 100 wineries are located within the boundaries of the AVA.
The Sierra Foothills wine area stretches from Yuba County in the north to Mariposa County in the south, along the western portion of the Sierra Nevada, with Amador, El Dorado and Calaveras counties in the center. Within the entire Sierra Foothills AVA, which totals 2,600,000 acres, there are five other AVAs: California Shenandoah Valley, El Dorado, Fair Play, Fiddletown, and North Yuba. The Fiddletown area grows a reasonable quantity of Chardonnay.

California Centra Valley with the Sacramento and San Joaquin Valleys, the interior of California, are the agricultural heartland of the state. Wine grapes are only one of the bountiful crops grown in this immense expanse of farmland. Lodi, Solano and the rest of the Delta area differ from the vast valley regions in their proximity to the Pacific Ocean and San Francisco Bay influence of maritime breezes. The Chardonnay grape has a prominent position in this area. I am reviewing some of Central Valley wines here.

Please feel free to leave your comments/questions and I will come back to you within 24 hours.